Posted on July 2 by admin

Let me first present the person herself and then I will explain the connection. 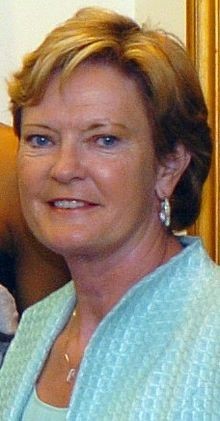 “Patricia Sue Summitt (June 14, 1952 – June 28, 2016) was an American college basketball head coach whose 1,098 career wins are the most in NCAA basketball history.[1] She served as the head coach of the University of Tennessee Lady Vols basketball team from 1974 to 2012, winning eight NCAA championships (a NCAA women’s record when she retired).”

I personally never met Pat, nor did I really care for women’s college basketball; yet she earned my admiration as a great person.

What was clearly evident about Pat Summit were several things including the following:

Passion: It was, without a doubt, Pat’s passion for winning that was inspiring to her students/players, those who watched from afar like myself and even earned the admiration of competitors. Never once could anyone question Pat’s passion for excellence.

Dedication: I have read many stories of Pat’s dedication to her student/players past, current and upcoming. In her nearly 40 years of basketball coaching she had certainly known many student players. By all accounts it seems that Pat was a genuine friend to these women long after they were no longer players. It seems that Pat had this dedicated spirit from her heart.

Loyalty: Pat was clearly a fierce competitor but it was also clear that she was fiercely loyal to her students. At a time where young people are impressionable and building their character, Pat seemed to be such a positive, loyal and influential role-model.

Determination: Like no others, Pat had determination. It was more than determination to win basketball games too. You could just sense her determined spirit for life, family and decency from her body-language on the TV screen.

Perseverance: Pat, unfortunately, passed away in June 2016 due to complications of Alzheimer’s Disease. This is where the culmination of her Passion, Dedication, Loyalty and Determination came together. She fought this horrible disease with great dignity and excellent perseverance. Pat resigned her position as head coach of Tennessee after being diagnosed but she contributed to role-model building, mentorship and advocate as long as she could.

Overall, I think that Pat Summitt is someone that is a wonderful person. Others should aspire to learn from her lessons. She has been such a positive influence on millions of people. Her life and legacy is absolutely amazing. God Bless you Pat and Go Vols!

This entry was posted in Sports. Bookmark the permalink.