The opportunity of Network Scanning

Posted on June 13 by Kevin 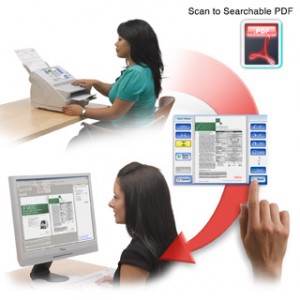 “We live in a connected world”.  It’s a simple phrase, but it means so much.

At the present time, most of us take for granted things like cell phones, blackberries, PDA’s,  Bluetooth, pagers, etcetera.  All these communication devices are examples of being “connected” all the time;  however this wasn’t always the case.  Not all too long ago we lived within a very disconnected world in comparison to the technology currently available in 2007.  With the dramatic adoption of the Internet over the past decade, more people  than ever are connected via their home computers with a Digital Subscriber Line (DSL), Cable modem or even broadband  wireless.  According to Gartner, the number of households with broadband connections will double between 2005 and 2010.  The rate of business connectivity is a great deal of the same, just on a grander scale with greater bandwidth and a higher level of service guarantees.

With this rapid growth of computers and servers connected with high speed networking, the likely next step was to connect peripherals.   One of the most prevalent examples of a connected peripheral in an office environment would be a laser printer.  There are many advantages to having a networked printer, including sharing among groups of users, because the volume of printing for each user did not dictate a dedicated printer.  Network printers are fairly common these days; however a new, emerging trend is to use network connectivity to INPUT information into computer systems via a scanner instead of OUTPUT via a printer.

Network Scanning is the concept of taking a scanner engineered specifically with mission critical scanning considerations.  This includes paper handling, image quality or advanced multi-feed technology, subsequently connecting them directly to a network without the need for a computer system to be physically connected to the scanner.

These advanced scanning solutions, on the other hand, should not be confused with digital copiers or multifunction devices, which most of us are familiar with. While these sorts of devices are handy for extremely low-volume  scanning requirements, the majority of these devices lack either the physical attributes or true integration desired to effectively utilize them in the connected business world.  As an example, when performing  automated forms processing with advanced data extraction techniques such as Optical Character Recognition, or OCR, good image quality and excellent paper handling provided by dedicated network scanners, could dramatically increase the automation process, thus, decrease human intervention.   This undoubtedly increases efficiency, reduces costs and improves customer service.

Concepts and Terminology of Networking Scanning

Basic  connectivity is the most rudimentary to direct network attach solutions used for a scanner.   This translates into a scanner, which can be used as a network device and the scanner appears as a local device on the network. Or, as I like to refer to it “extends network connectivity”.  This is the least expensive, yet most restrictive option.  It is ideal for ease of use and is cost effective however it is deficient on flexibility for true integration.

Biometric connectivity is the ability to attach a scanner directly to the network exactly as in the Basic connectivity scenario;  however, it incorporates much more intelligence into the scanning process.  For example, with a biometric scanning solution, users could merely walk  up to a supported scanner, position their documents in the scanner, place thumbprint on, or hover their palm over, a biometric device then initiate scanning of the documents based on pre-configured profiles, destinations and/or applications.

‘Push-Scanning’ refers to a scenario where the scanner operator walks up to a scanner, drops the documents into the automatic document feeder, or places them on the flatbed, then initiates the scanning process to send the images to the desired location on the computer network.   This could perhaps be a “watch folder” for high-volume OCR processing for example, or it could be a shared network drive of the scan operator’s personal computer.

‘Pull-Scanning’ is a term  characteristically used when a scanner  operator controls the scanner to connect to a device, scan images and transmit, or pull these images from the scanner to a certain location.   The ability to pull these images can be achieved in many different ways and one of the most common ways is to scan via a web browser.   In other words, the user would enter the name of the device and would have the ability to scan images as well as send them to the destination of their choice.

ECM Scanning.   Enterprise Content Management, or ECM, scanning takes one or more of the above Network Scanning concepts; however, it adds an additional powerful layer of functionality.   ECM scanning incorporates a network scanner directly into content management systems via software drivers and scanning software.   The document imaging industry has seen a dramatic focus on the importance of document capture, for example.   These are extremely focused software packages so as to assist in the ability to extract important business data from scanned documents.

ECM + Secure  Scanning  is the next logical step in the networked scanning connected world.  Now that the benefits of document imaging have been proven via return on investment, increased productivity or compliance reasons, more than ever mission critical business data or highly confidential information resides in a digital format and not on paper.  It’s crucial to secure this sensitive information during the entire lifecycle of the data.  From the instant the data is scanned, when it’s hosted on the network, until the time of its destruction, or the end of the retention period.

What could be the future of Network Scanning

Now that connecting persons and computer systems for personal and business uses is nearly common-place, emerging technologies are being introduced that will continue to stimulate connected systems.  One of these emerging methods being utilized by Information Technology (IT) departments is called “Service Orientated Architecture”, or (SOA).  SOA is a way to create new business applications by re-using or better utilizing current technical assets within the organization.  Connected systems played a major role in developing the SOA model with industry standards such as HTML, XML and Web Services.  In a nutshell, SOA is a way to add functionality and features to a computer networks without the disadvantage of closed or proprietary systems.

SOA plays an important role for Network Scanning in particular.   While the conceptual design of SOA may be applied in traditional scanning configurations with a dedicated computer controlling the scanners operation, there are a few important considerations making a Network Scanner quite appealing to network administrators, Chief Intelligence Officers and end users.  These  important considerations include system security, updates/patches and ease of use, just to name a few.

•  From a Network Administrators point of view, the SOA Network Scanner allows them to deploy network scanners in a controlled  method  making future firmware/software updates much easier.

•  System Administrators could ship one integrated device, or a scanner plus a network connectivity device, directly to any location where they  would like to deploy scanning.  Once the physical hardware is received the user would simply plug the network cable into the hardware and one could, in theory, be scanning in minutes.   This eliminates the costly and time-consuming tasks such as updates operating systems with patches or installing new software when versions change.   In addition, the Network Administrator would be able to diagnose any technical issues or view usage reports easily from one intuitive interface.

CIO’s, or Chief Information Officers, must earnestly consider a Network Scanning SOA approach from the understanding of compliance, security and regulation.  A scanner attached directly to a network via SOA architecture  gives the organization the ability to provide activity reports based on the individual device for example, which could help play a major role in assisting with adherence to these corporate policies and governance.

Finally, ease of use for the scanner operator plays a chief role in that it is driving the adoption of network scanning within the SOA infrastructure.  In fact, should a corporation wish to use the Pull Scanning technique, they have the capability to assemble a system that could in effect eliminate the need for any sort of user intervention whatsoever.  Imagine the power of this total SOA/Network Scanning approach.   Let’s use a Customer Service example to illustrate a few of the benefits.

In our example, the Customer Service scanning deployment will demonstrate too many remote site locations.  Our IT department benefits from the fact that they would avoid building a computer system to act as the connectivity/scanning device; we simply ship the hardware to the remote site and they plug it into the network.  Subsequently, for Pull Scanning, all the user would be required to do is physically place the items to be scanned on the scanner itself, and someone in a completely different part of the connected world would initiate scanning; receiving all of the resulting images.

The opportunity of Network Scanning

While Network Scanning is quickly becoming the buzz among the industry, there still are certain technical deficiencies that will need to be addressed with some of these devices in order to be considered part of a true IT integration.

As the connected world continues to improve infrastructure and new, innovative ways  to communicate emerge, the industry trend towards more Network Scanning should continue.  For example, organizations most likely will move forward on plans for additional remote location “Telecommuting” of individual workers and satellite office locations.  Couple factors that include ease of use, simplified IT management of hardware and software resources as well as additional adherence to compliance and regulation standards and the future of Network Scanning seems bright.

I am extremely interested in both current events and the ever evolving world of technology. Business and finance have exceedingly become important areas to me, as well. Over the next few years, I hope to log many interesting personal views and opinions concerning important aspects of the world in which we live. Keep in mind that all content posted by me on this web site reflects only my personal views and opinions and not those of anyone else.
View all posts by Kevin →
This entry was posted in Capture, Imaging, Scanners, Technology and tagged Architecture, attach, network, opportunity, Orientated, rj45, scanner, scanning, service, soa. Bookmark the permalink.