Posted on April 5 by admin

So Brandee decided to sweep me away recently for my birthday.  When it comes to birthday time I usually get grouchy because, after-all, what’s the point of aging another year without any tangible benefits?

Nevertheless, Brandee pulled a wonderful surprise for me and it was very special.  She had arranged a full evening and night at the San Jose Fairmont Hotel.  This is not your Motel 6-type facility.  Rather it’s a classy, high-price establishment where U.S. Presidents and other famous people stay.

Let’s have a pop to begin 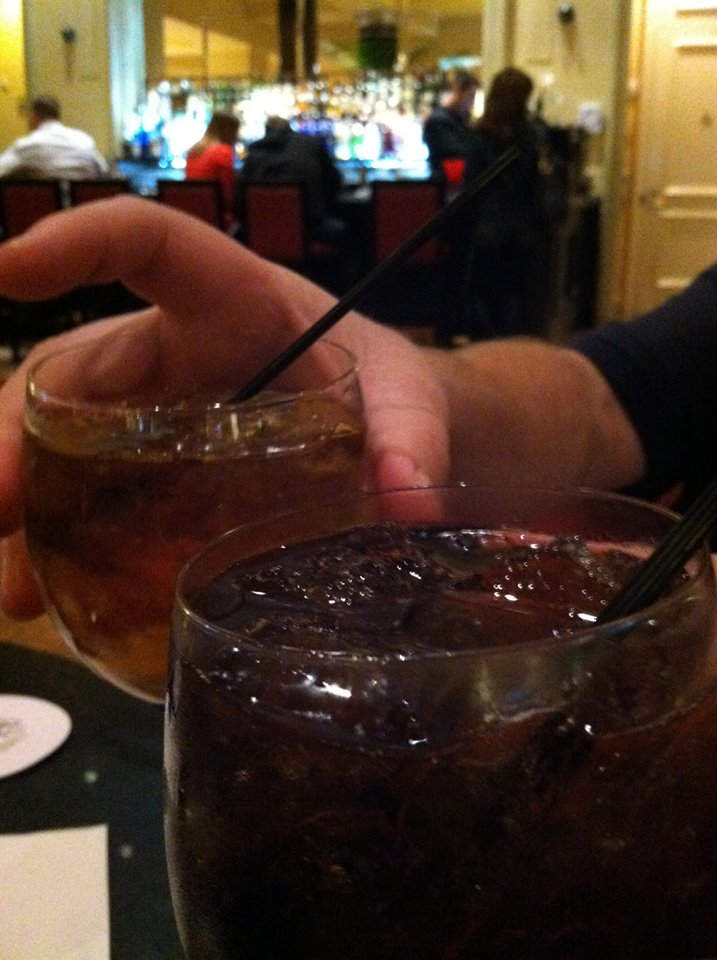 The night began with her insisting that we have drink(s) in the hotel lounge area.  First of all this was very suspicious because she never drinks.  Second of all the amount of booze she consumed was impressive so I knew something was up because this was seriously unusual behavior for her.  However, not sure exactly what was going on; I rolled with it.

It was a lovely lounge with beautiful decorations, nice artist displays as well as great service by the hotel employees.  Overall I have to say that the Fairmont Hotel in San Jose is Five Star for this reason; they have great service!

After a few drinks in the lounge Brandee suggested that we have dinner.  A wonderful idea but the restaurant wasn’t fully staffed when we arrived just as they opened for business.  So we decided to head to the bar for a bit and wait for our table to become available. 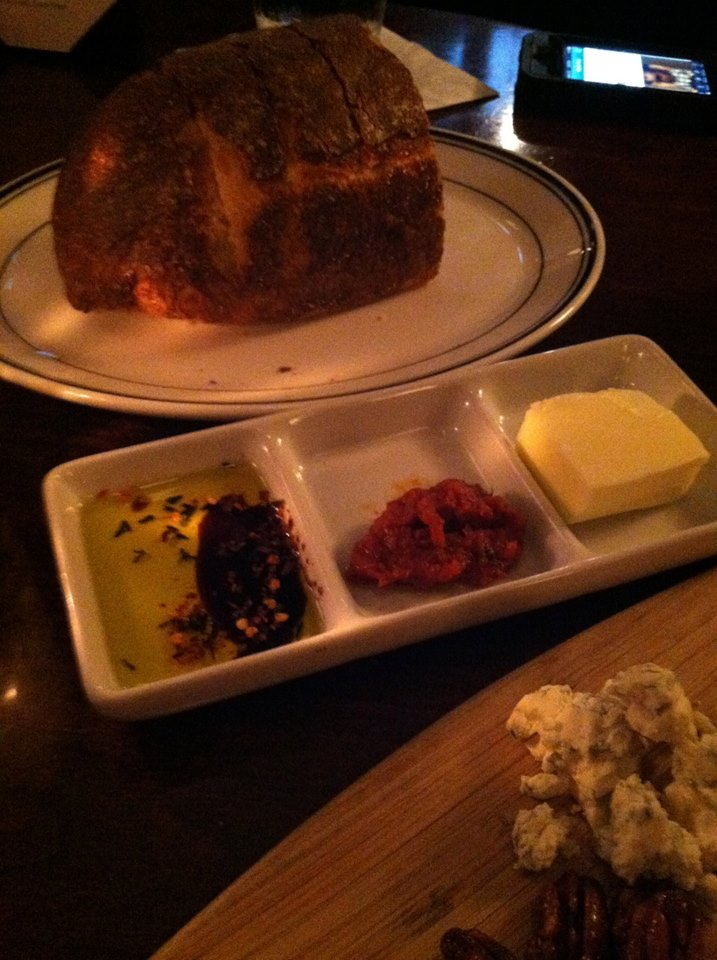 The bar area was extremely nice.  There was plenty of room to get our groove-on so Brandee and I waited about 30 minutes and our reserved table was never called.  This was perfectly fine with us actually and eventually Brandee went and cancelled our formal restaurant reservation because we were perfectly content in the bar and could still order off the full menu.

In there we had bread with accompaniments of whole butter, tomato jam and an herbed olive oil and aged balsamic dip.  We also had Sliced New York Pepper Steak with Bacon, Cracked Pepper & Onions, Topped with a Green Peppercorn Sauce.  And just when you think that is too much, we had a gorgeous Charcuterie board for us to snack on. Toasted Levian, Stilton, aged Parmigiano-Reggiano, Nicoise olives, amazing Prosciutto, Sopressata, house-made whole grain mustard and candied spiced walnuts.  OMG – it was delightful! 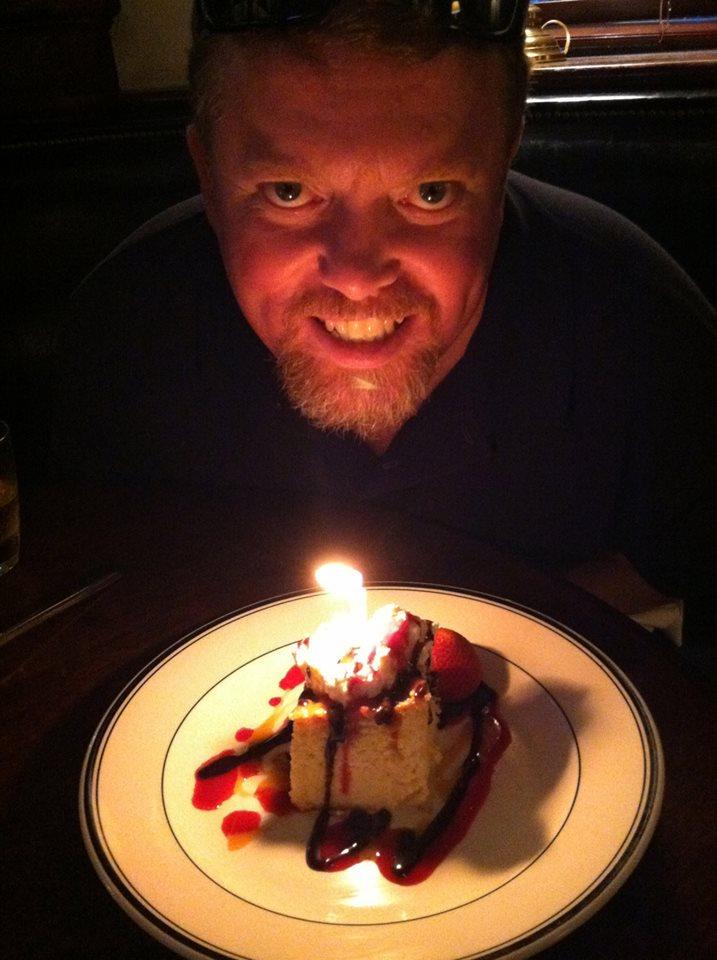 Since Brandee knew that I clearly hate to celebrate my birthday and she had such elaborate plans, she probably knew she was skating on thin-ice with my patience.  This was absolutely true and she decided to step it up a notch, like you wouldn’t expect a reasonable person to do, but she did.

I guess at some point while I was checking my Facebook to make sure that my ‘lovely’ wife wasn’t posting embarrassing photographs she was making a wicked embarrassing deal with the waitress to bring (and sing) birthday cake to my table.  Yeah team!

So what do I do?  Turn the tables of course.  Instead of a nice, innocent smile with gratitude, I give a sarcastic looking smile just exactly like Jack Nicholson on The Shining in the scene where he busts down the door with an axe and declares: “Heeerre’s Johnnie!!!” 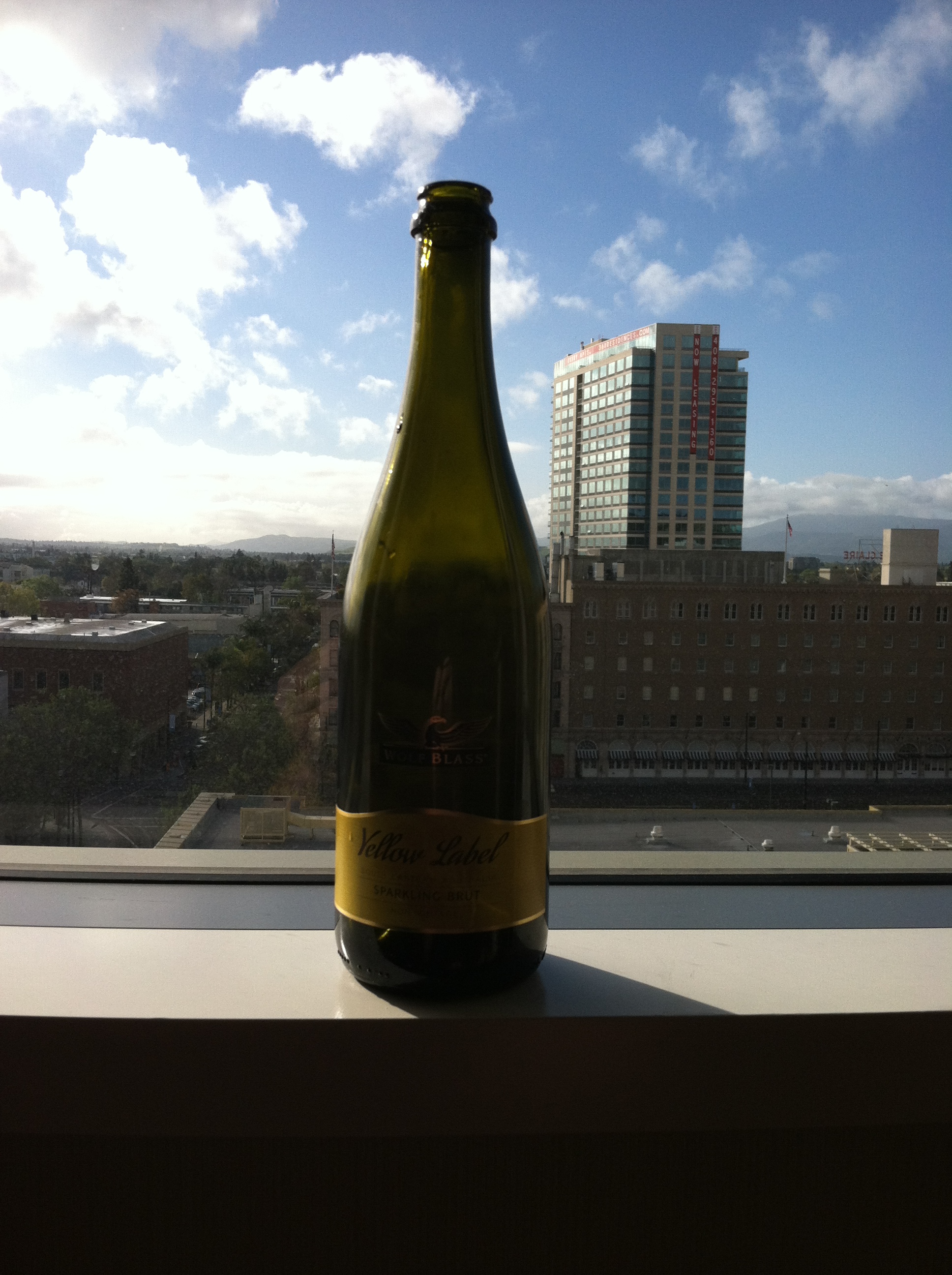 After Brandee and I had our fill of snacky-food and birthday cake I decided that this old-man needed to hit-the-hay so we headed to our hotel room.  When we opened the hotel room door I was surprised by not one, but two, sets of chocolate/strawberry and wine/champagne arrangements!  Apparently Brandee had already arranged one set with her friend and then another was provided by one of our mutual friends.  Needless to say, we were not thirsty for delicious drink or fantastic fruit the rest of the night or early morning :-).  Champagne, strawberries and chocolate on a lazy Sunday morning is something all of you should experience on your bucket-list.

In the end, and through all the personal suffering, I had a great weekend and it’s because people made it happen.  I want to personally thank Brandee (of course) and also many others including Natalie, Cookie, Jonathan and Steve for making such a great memory.  You are all the greatest.

This entry was posted in Friends, Life and Family and tagged b-day, bday, birthday, kneal. Bookmark the permalink.