Posted on January 18 by admin

So proud of my son, Jackson Neal, and his new paw-shaking learned trick! He was great and now shakes on-command but this was not easy for him.

Touching his paws has been nearly off-limits after he experienced a terrible nail-trim at PetSmart where they cut his nails too short and made him bleed and in great, obvious, pain. Ever since Brandee and I have been working with him constantly to gain trust for even simply touch his paws. He reluctantly has started to allow us to rub his paws but just a little bit at a time, which was absolutely heart-breaking that progress was slow but nonetheless, it was a step in the right direction.

Finally, tonight, after working with him for many years to get him comfortable for us touching his paws and getting him to somewhat comprehend a ‘shake’ command, and then HE DID IT!!!….and a few times consecutively of ‘sit’, then ‘shake’, ‘sit’, ‘shake’. Each time his paw was clearly on the ground and he had to make a serious effort to shake. So awesome Jackie! 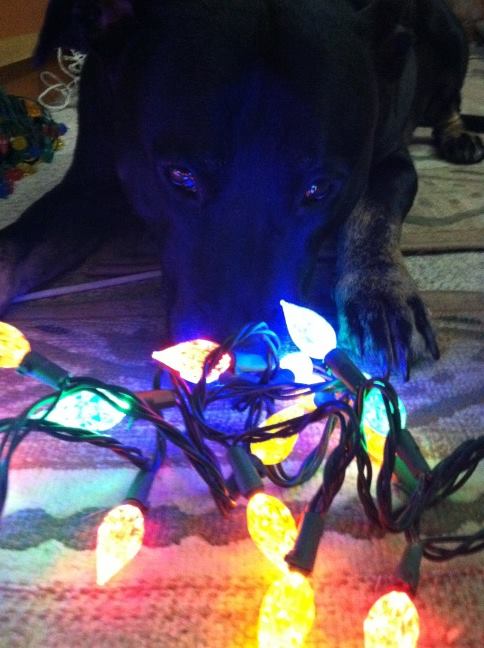 Jack was helping us put up the holiday lights today.

This entry was posted in Life and Family and tagged hand, jack, paw, shake. Bookmark the permalink.