Posted on May 28 by Kevin

The last three weeks have been interesting in the Neal household; to say the least.

Jack, Brandee and I had been leading a relatively normal life just enjoying our freedom. And then we got insane! Yep, we rescued a puppy and kitten from the local animal shelter. Meet Gracie (puppy) and Bleu (kitten).

First of all, my best boy, Jackson, deserves the most credit for being the greatest older bubby to his sissies. Jack was actually a younger bubby with Bella – and she trained him well. Now that Jack is the elder animal he has been such a caring and terrific brother to his two new sisters. Jack, Mommy and Daddy are so proud of you that you can’t believe it!

When Brandee and I thought that we want to bring some energy into the Neal household, we got exactly what we wanted with Graciela. She is every bit of what we had hoped and then-some. Gracie loves to play with both Jack and Bleu but in distinctly different fashions which is interesting to observe.

For example, with Bleu (since she is a small 2 lb. kitten), Gracie is very gentle and cuddly when they play together. It’s amazing to watch these two play together especially since they were rescued/adopted from the same animal shelter on the same day.  It’s almost like they have some sense of a kindred-spirit of sisters. However, when Gracie plays with Jack the ruff-ness (pun intended) is intensified to match his strength. Jack and Gracie love to play tug-of-war with various dog-toys we have. It’s so much fun for us humans to watch but also very healthy for them to play nicely for their body and spirit.

Jack has ‘Gracieusly’ (pun intended again) accepted Gracie as his younger sister well. He has been such a good boy that I can’t be prouder of him.

Our youngest family member, at only seven weeks old, is Miss Bleu Neal. Although she barely weighs 2 pounds and is just a bit larger than the palm of your hand, she is the one person that rules our house for sure.

One of the most heartwarming things to see is when Bleu and Jack play together. You might think this would be an odd-mix with a 100-lb. dog and 2-lb. kitten but they play together so nicely that it’s beautiful. 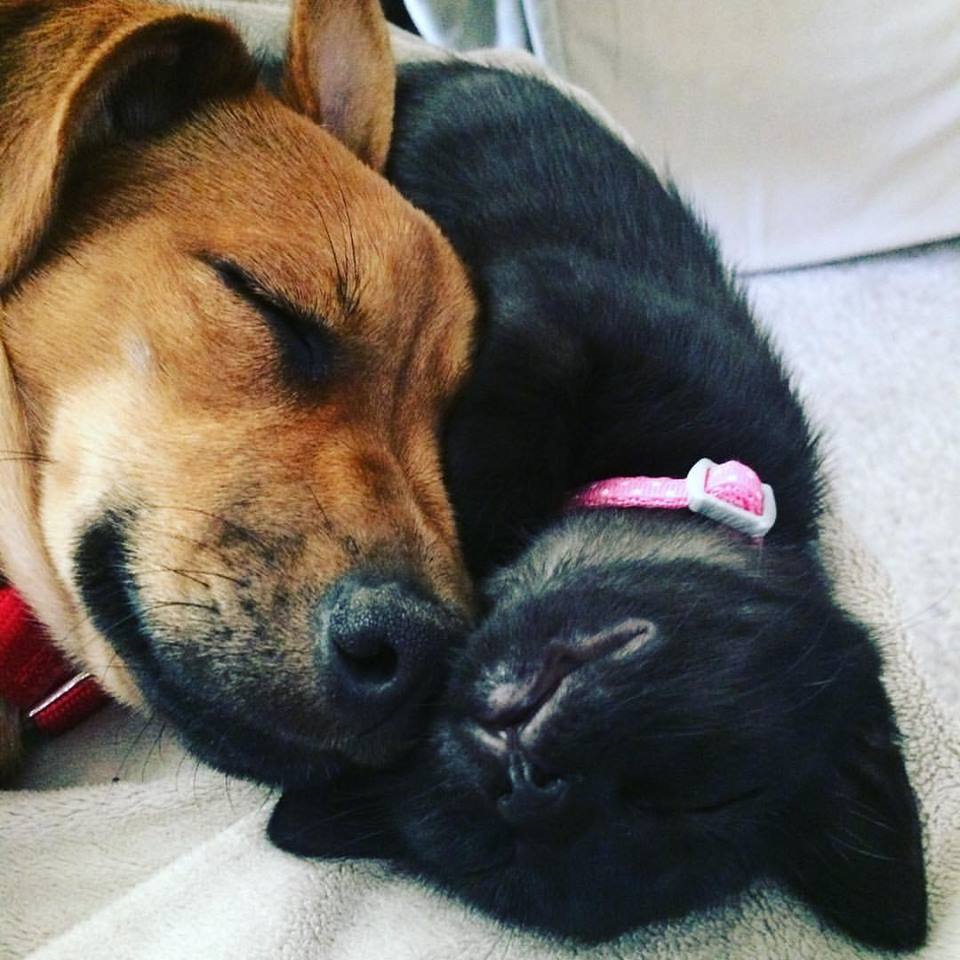 Bleu is also extremely attached to her sister, Miss Graciela Neal. This is clearly evident in their many cuddle events or the often-playful fake-fighting sessions they enjoy together. It’s very humorous and highly entertaining.

We have no update other than we are alive and ignored 😊. However, seriously, I love to pay some extra special attention to our two goldfish, two catfish and one algae-eater and they appear to be doing just fine in their large habitat.

Thanks for your time reading this notice from the Neal Family Animal Home,

I am extremely interested in both current events and the ever evolving world of technology. Business and finance have exceedingly become important areas to me, as well. Over the next few years, I hope to log many interesting personal views and opinions concerning important aspects of the world in which we live. Keep in mind that all content posted by me on this web site reflects only my personal views and opinions and not those of anyone else.
View all posts by Kevin →
This entry was posted in Bella, Bleu, Friends, Gracie, Jack, Life and Family and tagged adoption, animals, rescue, San Jose Animal Advocates. Bookmark the permalink.