Posted on May 11 by admin

As I mentioned in my previous post, Brandee and I have a busy Summer 2014 planned; and Summer is still one and a half months away!  However, it got off to a great start this past week and weekend. 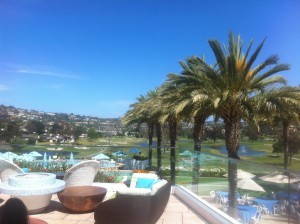 The fun started when I made a business trip starting this past Sunday to the luxurious Omni La Costa Resort in beautiful Carlsbad, California.  The schedule was to include three straight days of golfing on world-class golf courses.  While I do like golfing every-so-often I admittedly get bored quickly, become lazy with my shots and generally don’t enjoy myself after playing so many consecutive days but these three rounds were different. 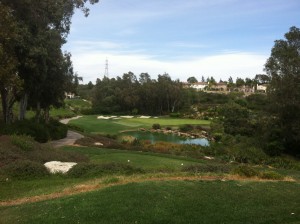 The first golf round we enjoyed was Aviara Golf Club which was a short drive from our hotel.  Aviara is quite famous in the golf circuit for hosting the recent Ladies Professional Golf Association (LPGA) Kia Classic in March 2014.  This is an extreme high-quality golf course which takes enormous skills to play.  The course was full of beautiful scenery with wonderful waterfalls on many holes.  The putting greens were insanely impossible because they were too fast to stop the ball and every putt had difficult twists and turns to navigate.  Aviara was fun but I’m glad we only played it the one day or else I would have lost all my golf balls and not had any for the rest of the week! 🙂

The next two days we played golf at La Costa.  They have two courses.  One is the Champions Course and the other is the Legends Course.  The first of the two days playing the La Costa courses was on the Champions Course.  I think I played fairly decent and ended up shooting a 105 score which is about my average however this course was much more challenging than what I typically play.  So, not too bad all-things considered. 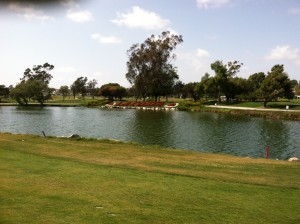 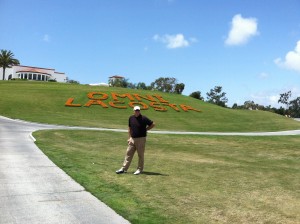 Day two of playing the La Costa courses was on the Legends Course and this was a ‘best ball’, ‘scramble’-type format.  Instead of everyone playing their own golf ball for each whole, the group of four all takes a shot and then everyone plays from whatever the best shot the group likes.  This is a really fun format of golf to play.  It makes the round go quicker and everyone gets a chance to contribute.  Personally, I sincerely enjoyed my group because we all did truly contribute equally so it wasn’t one person doing all the work.  Also, and I can say without any doubt what-so-ever, we talked the most trash of any other group so if there were a prize for that we would have certainly won!

So after a full week of golfing, socializing and participating in various events what is probably the dumbest thing one could do?  Go immediately camping, of course!

A fellow colleague had planned the years first camping trip to Henry Cowell State Park in the Santa Cruz Mountains starting on the Friday that I was returning from my business trip.  Brandee and I had so much fun camping with these same people last year that I committed to going although I knew I would be tired.  No Rest for the Wicked I reckon.

Brandee picked me up from the airport at around noon.  She, as usual, had everything perfectly prepared so we loaded up the car, put Jack in the back seat and off we were by 1:30pm.  How is that for a quick turn around? 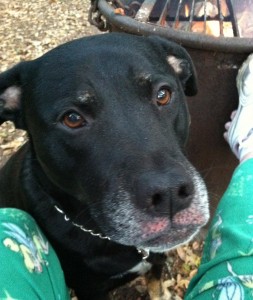 We arrived at the camp site first and had everything setup within an hour.  Around 4pm or so it started to get a bit chilly and windy.  Since, when we left San Jose, the weather was so warm and nice that both Brandee and I were dressed in t-shirts and shorts.  We started a fire and got out some snacks to relax and wait for our friends to show up at the camp site.  As the weather got cooler the conversation turned to adding a layer of clothing or getting some jackets.  That’s when the reality of our camping challenges for the first trip of the year started to set-in.  Little did we know it would get much worse.

You see with so much activity through-out the week I just hadn’t really considered how cool it may get in the Santa Cruz Mountains.  Brandee asked explicitly if we should bring jackets and warm clothes and I laughed it off as crazy because we had been experiencing 80-90 temperatures.

Nevertheless we were determined to be troopers and tough-it-out.  Our fellow campers showed up in the early evening and we had a pleasant chat around our campfire.  Them in their warm jackets with hoodies, myself in shorts and a t-shirt with Brandee in her t-shirt and Tinkerbelle pajamas!  Brandee and I were nearly in the fire itself trying to heat out bodies.  We were as close as could be without getting burned.  After the nice chat with our friends it was time to head to the tent in the hopes that snuggling under the blankets would provide some relief from the cold.  It didn’t work out too well.

After several hours of Brandee, Jack and I snuggling as close as could be on the cold air-mattress, with few blankets in the 41 degree temperatures we all finally had to go to the restroom.  It was around 5am and pitch dark.  The restroom was a little bit of a hike so we decided to take my car for the short drive.  Immediately on entering the car we cranked up the heat.  Game-over for heading back to the tent!  After defrosting for a bit we were so warm in the car there was not a chance that we were ever going back into the freezing tent. 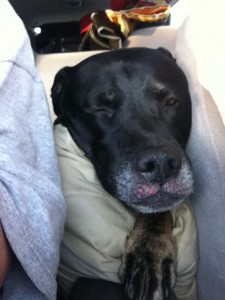 It was still too early and dark to clean up our camping equipment and head home so Brandee, I, and even Jack, made the obvious decision that upon daybreak we would breakdown camp and head home.  We felt horrible that we couldn’t explain the situation to our fellow campers before we left but they must surely have understood the circumstances.  We stayed in the car, with the heat on, until the sun started to rise around 5:45am.  Needless to say by 6am we were completely done dismantling the camp site and on our way home.  Overall it was another fun, albeit short, camping experience.  We will right this one off as ‘preseason preparation’ for the real upcoming Summer Camping 2014 Season.

Looking forward to the next camping trip with our friends!