Posted on October 30 by admin 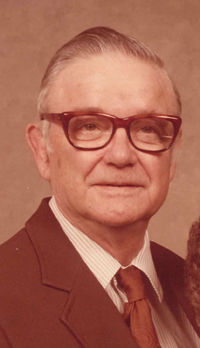 Mr. Cook was the founder of Blunt Baptist Church, a teacher of Veteran’s Agriculture Training Program, a caseworker for the State of Oklahoma and a furniture and mattress maker. He served in World War II in General Patton’s 3rd Infantry. 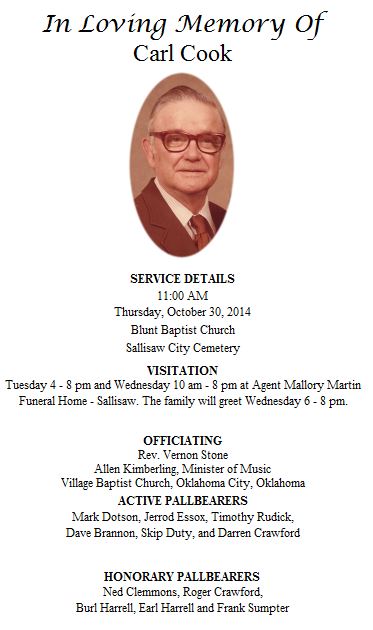 This entry was posted in Life and Family and tagged carl, cook. Bookmark the permalink.