Posted on May 25 by admin 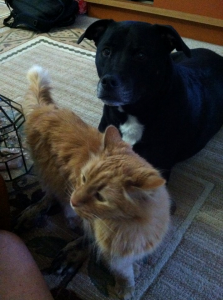 As Brandee and I were having dinner tonight our two furr-ball children began their typical ‘food encroachment’ activities.  Although both of our children are well-fed and taken care-of, they have instinct to beg for food.  Anyhow it occurred to me that I should supply an update on the happenings of Isabella Neal, our nearly 11 year old orange blood-thirsty daughter, and Jackson Neal, our nearly 7 year old black high-energy son.

It’s amazing what joy the last 10+ years have brought us.  First with our daughter, Bella, who was an orange nearly hairless (hard to believe) little kitty.  She was so small and fragile that just getting her healthy was our main priority.  Little did we know that she would not only become healthy, but she would rule the entire house.  The truth of the matter is that she is the boss.

Bella is a huge furr! 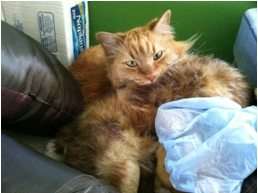 Bella doesn’t wander too far from home any longer.  She typically hangs out either in our backyard on the cool grass or she is inside the house with us.  In her youth she would be gone the entire day and only show up for meals.  In fact Bella was so wild that we would have to lock her in the house to avoid her leaving and causing too much ruckus in the neighborhood!  These days she is more conservative but she still has an occasional wild streak so humans should be aware of her instant ability to draw blood within seconds. 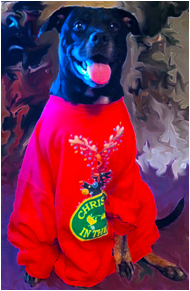 Over the past few years Jack has grown from a little puppy into a terrific, full-grown doggity-dogg!  In fact while I’m trying to write this very update about him in particular, he thinks he’s still this little 25lbs guy instead of a 80lbs mammoth and wants to lean on me.  Jack; sit!

Jack enjoys activity and he’s always got to be the center of attention.  We have taken Jack camping, car-traveling and shared all of our experiences with him.  Jack is way overprotective of his sister and he is always well behaved.

In particular I am so proud of him with small children.  As you can see from the photos, Jack is not a small guy and I would assume that he might be mean given that he is some sort of Rottweiler, Labrador mix.  However, Jack is absolutely trustworthy with young children.  Brandee and I have several friends with infants or young children and we love to have these people to our home for visits.  Jack is always such a gentleman and kind with babies or your children.

I’m glad to report that Jack and Bella are absolutely a great brother-sister combo.  They spend nearly all of their time together because they want to.  These kids are certainly an odd combination but it works well and I hope that each one of them is so happy beyond belief (which I think they are).  The only thing in this world that we want to do for Bella and Jack is to give them the best in the world.

It’s amazing to me how much my furr-children really are my kids.  I often get good natured teasing about how often I post pictures and/or updates about ‘my children’ on Facebook.  All I say to them is — My kids have furr! 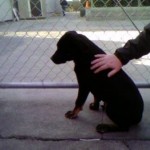 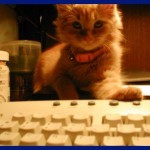 Bella was raised on my wife’s desk.

This entry was posted in Friends, Life and Family. Bookmark the permalink.